After reading this article, check out a short podcast on this subject.

In order to fully understand zeotropic blends we must also understand fractionation and glide.

Imagine a jug of R407c, which is a mixture of three components, sitting in a room under normal conditions. The components will boil off at different temperatures separating from the liquid mixture.  Think of the three vapour components separated in the jug occupying their own space above the liquid, this is known as fractionation.  Because these components have different properties, there may be more of one gas at the top of the jug than the other.  As fractionation occurs, the vapour blend that hovers above the liquid is compromised, it's not a complete mixture.  This is why it's important to charge this type of refrigerant as a liquid, to ensure the system receives the full blend.  One thing to keep in mind when charging, the refrigerant must leave the jug as a liquid but it can be flashed into the system as a vapour.  Actually, it is recommended that it is flashed into the system to avoid liquid entering the compressor. 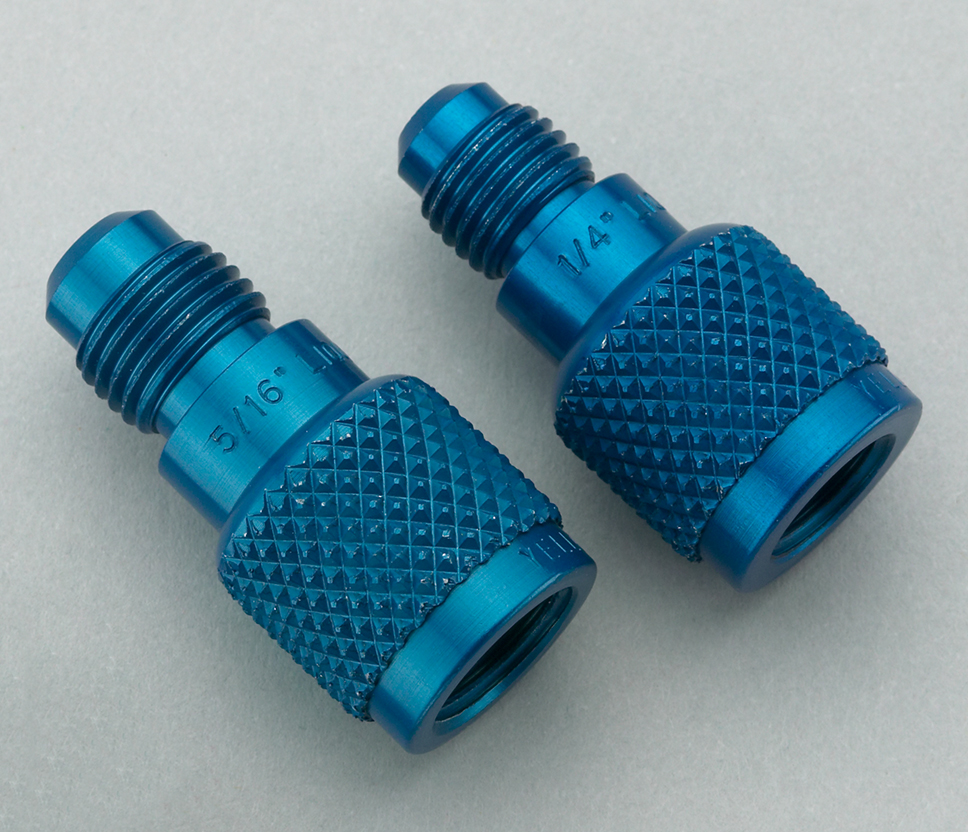 Glide is a term that confuses some techs I've found, but if explained properly it doesn't need to be a brain numbing exercise.  Glide is the difference between the boiling point of the most volatile component compared to the least volatile component within the refrigerant blend.  So, for example, if one component were to boil at 100 degrees Fahrenheit and the other at 110 degrees Fahrenheit, that would be 10 degrees of glide.  When looking at a pt chart you will see bubble point (point of evaporation) and dew point (point of condensation). The space in between these two points is considered to be the refrigerant's glide.