I was a second or third year apprentice working for a very knowledgeable boss and business owner.  At the time, he just happened to be the dispatcher, which was bitter sweet.  The bitter part, well, he was one hard ass dude that didn’t think twice about installing a new opening in your back side.  The sweet, after the blood stopped dripping from your anus, he was the best tech support I have ever had.

I arrived to a call at a sewage treatment plant, from what I remember it was a ten ton Carrier rooftop unit with no cooling.  The fuses were blown, after I replaced them and turned on the power, they instantly blew again.  I called my boss and let him know what was happening, he asked me a question, he said, “are the contactors all black and covered in carbon?”  Yes, yes they were, how did he know that?  He explained that what I was looking at was carbon tracking…From that point on, I never forgot and have declared war on this phenomenon.  I will get to how and why this happens in a minute, but let me finish the rest of the service call.  I went out and picked up two new contactors, replaced them, cleaned up all wiring and cleaned the electrical cabinet of remaining carbon.  Replaced the fuses once again and all was good in the world.  So how did my boss know?  Experience of being in the same position, that's how.  A position I have now been in many times myself...Which I am now sharing with you.

So what is carbon tracking?  When a contactor is de-energized and pulls away, there is an arc that is created, a bi-product from the hot electrical arc is carbon.  Carbon collects and builds on the contactor over time.  If enough carbon is allowed to build it can create a path across power legs or to the panel that the contactor is mounted to, which is grounded.  This path is considered to be a short, what happens when power is shorted to ground or across power legs?  Boom goes the dynamite…That’s what happens.  Something to keep in mind though, I have never encountered blown fuses from carbon tracking from a unit installed indoors.  Why, it doesn’t rain inside.  What I mean by that is, outdoor units are exposed to the elements.  On a damp day, when moisture content is high in the air, that moisture embeds itself within the carbon track creating a conductive path.  Dust can also contribute to this issue, for instance, if a unit electrical panel is under a negative due to the blower fan, dust can be pulled into the cabinet and create the same result.

Here is what I have learned to do when I encounter a blown main.  Shut off the local disconnect and then visually inspect the line side of all contactors within the machine.  Check for visible signs of carbon tracks and inspect the top terminals on each contactor for signs of melting, the heat generated by the short will sometimes slightly burn up the line side of the contactor, see below images.  I also use a megohmmeter to check for carbon tracking if a visual check does not reveal anything.  Disconnect all wiring from the contactor, place one lead of the megger on the contactor line side terminal and the other lead to ground.  A reading of anything under 20 megohms should be considered a path to ground.

In this image you can see the melted terminal that was caused by dust build up over time that created a path to ground. 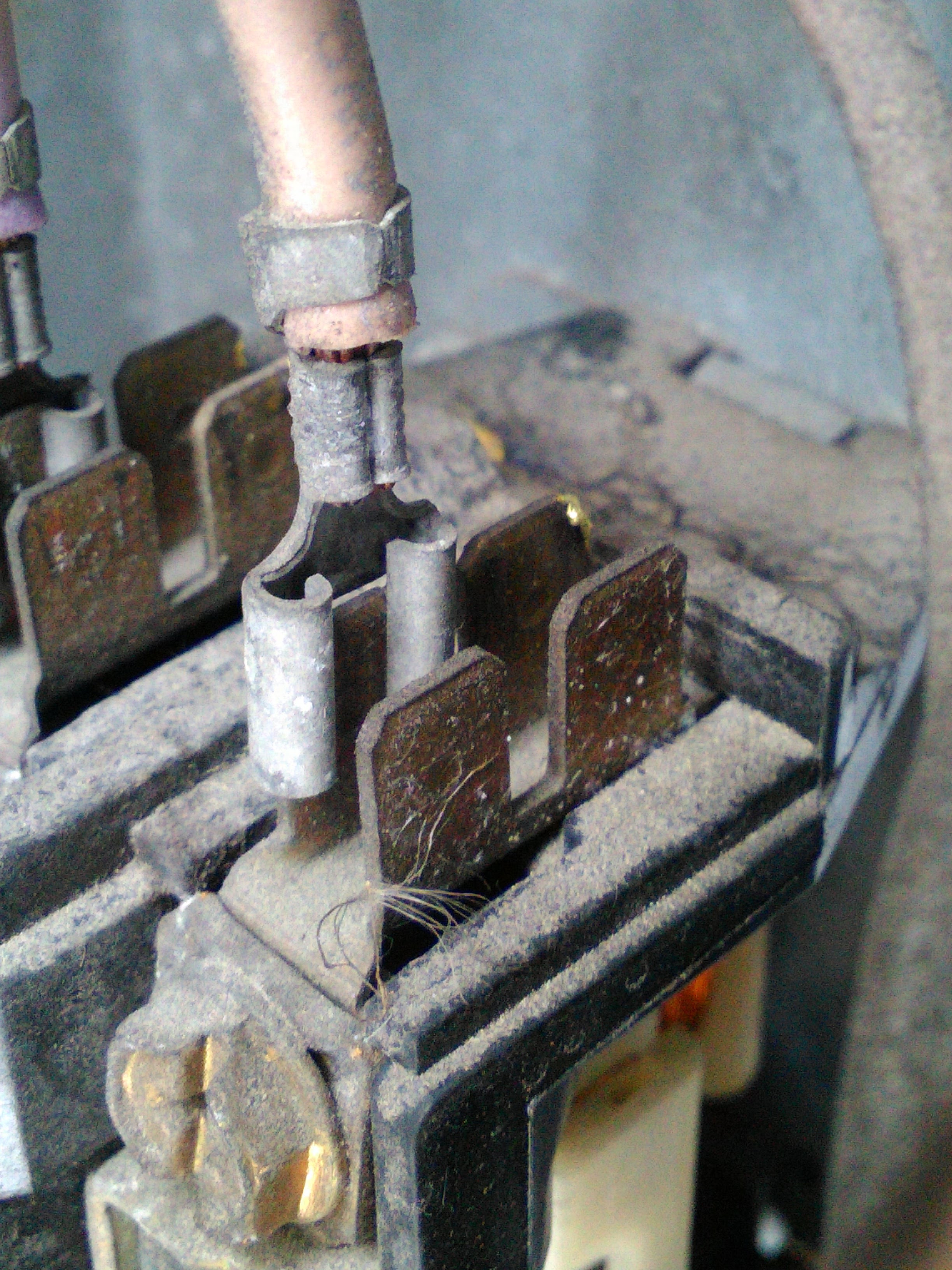 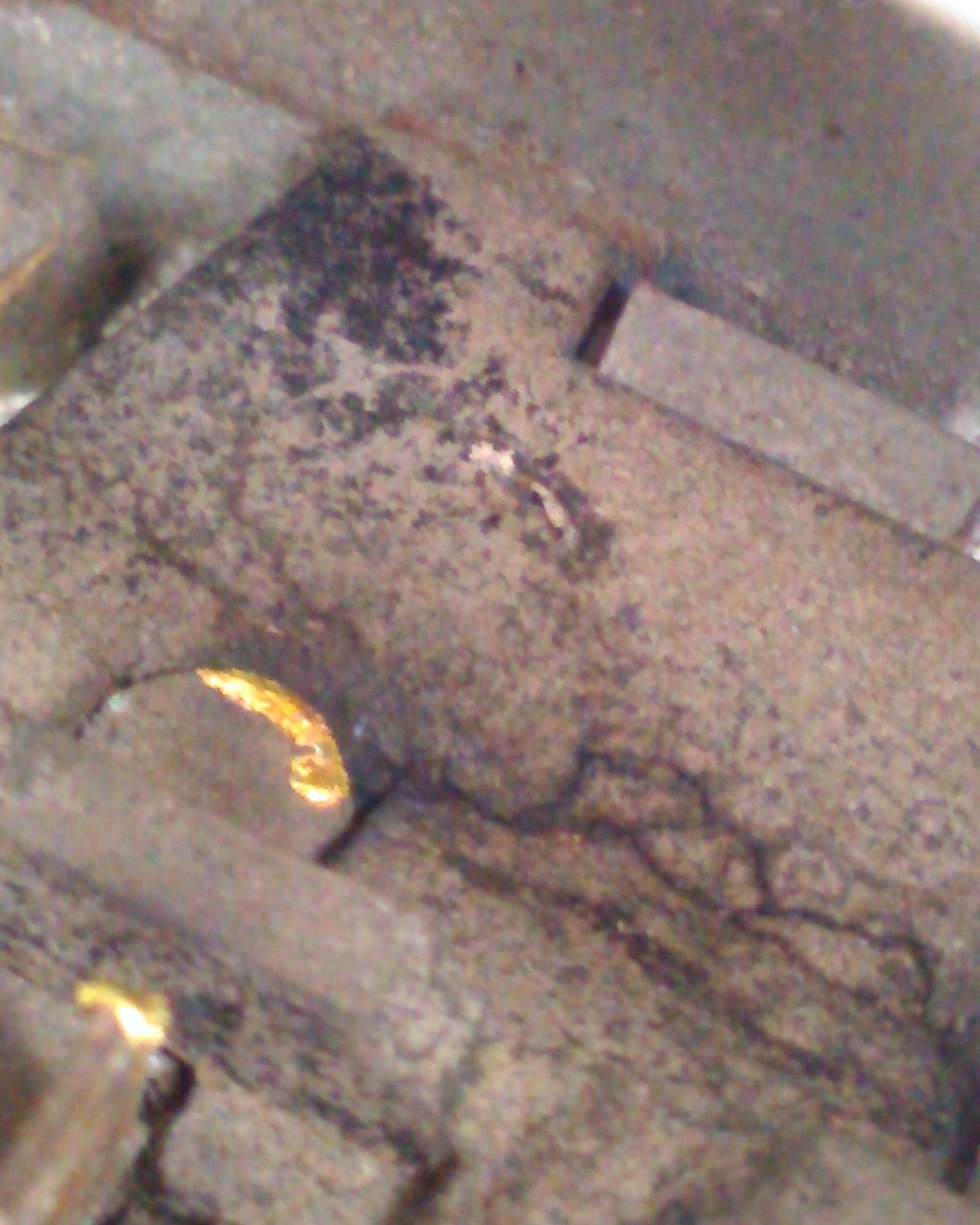 In order to avoid carbon tracking, visual inspections are key.  Replacing contactors and cleaning up wiring and cabinet base plates can go along way in avoiding service calls and keep you busy at the same time.